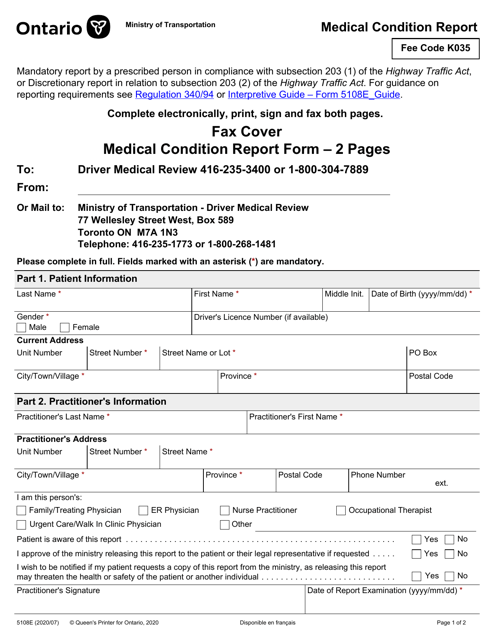 Form 5108E, Medical Condition Report, is used by health practitioners of Ontario to report patients who are sixteen or over, who are found to have medical or vision difficulties that impact their ability to operate a moving vehicle.

This form is issued by the Ontario Ministry of Transportation and was last updated on July 1, 2020. A fillable MTO Medical Form is available for download through the link below.

You will need to include the following information to complete the MTO Medical Form: 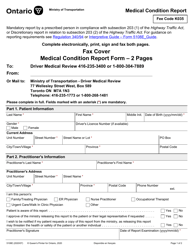 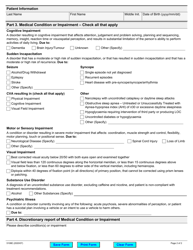