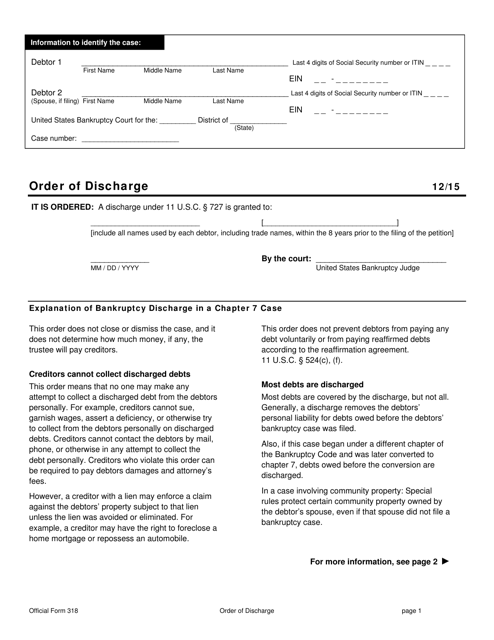 Form 318 or the "Order Of Discharge" is a form issued by the United States Courts.

Download a PDF version of the latest Form 318 down below or find it on the United States Courts Forms website. 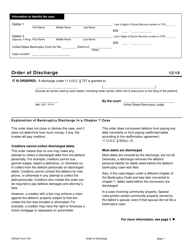 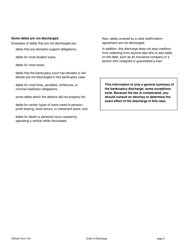 2019 Tax Deductions for HomeownersHow to Convert Personal Use Property to Business Use?How to Rent Your First Apartment?How To Buy a House in the United States?