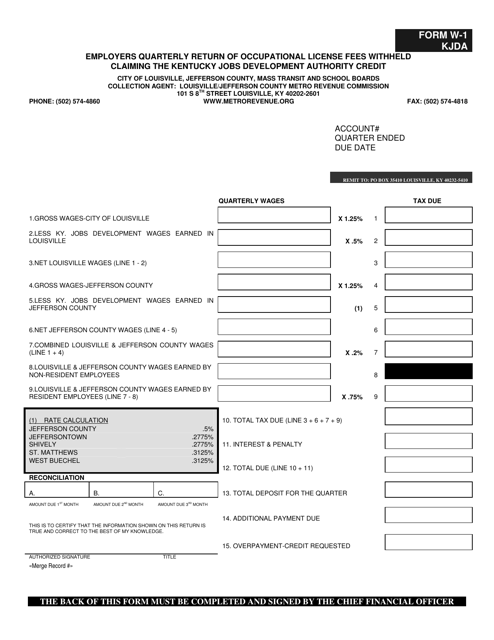 Form W-1 KJDA or the "Employers Quarterly Return Of Occupational License Fees Withheld Claiming The Kentucky Jobs Development Authority Credit" is a form issued by the Kentucky Department of Revenue.

Download a PDF version of the latest Form W-1 KJDA down below or find it on the Kentucky Department of Revenue Forms website. 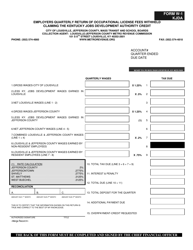 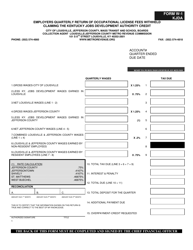 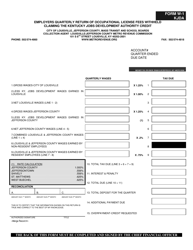 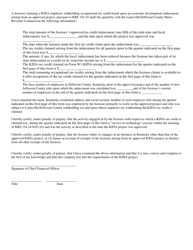