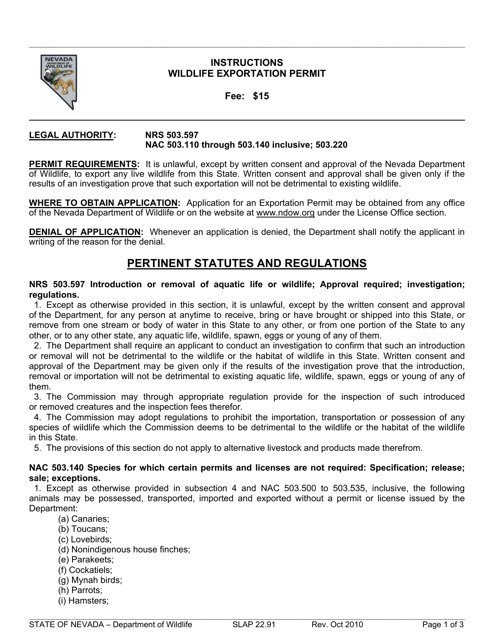 This version of the form is not currently in use and is provided for reference only.
Download this version of Instructions for Form SLAP22.91 for the current year.

This document contains official instructions for Form SLAP22.91, Wildlife Exportation Permit - a form released and collected by the Nevada Department of Wildlife. An up-to-date fillable Form SLAP22.91 is available for download through this link. 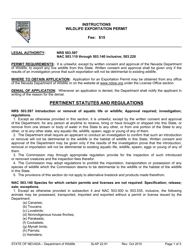 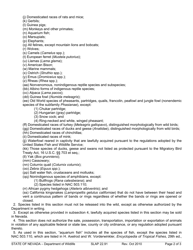 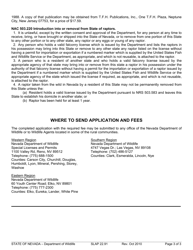