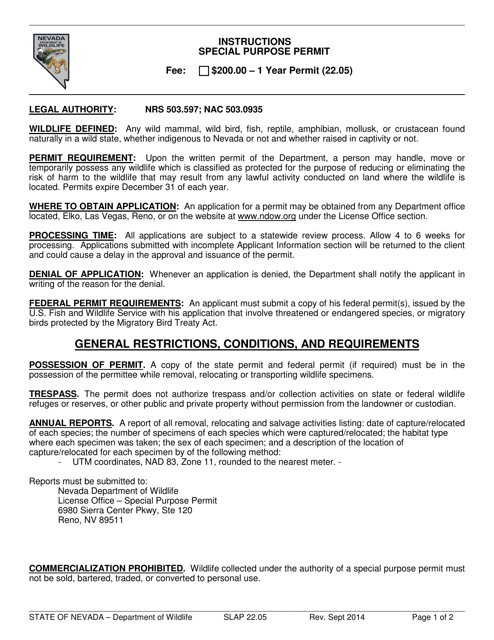 This document contains official instructions for Form SLAP22.05, Special Purpose Permit - a form released and collected by the Nevada Department of Wildlife. 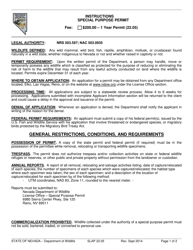 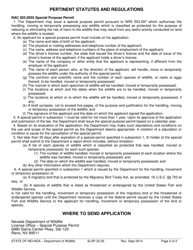