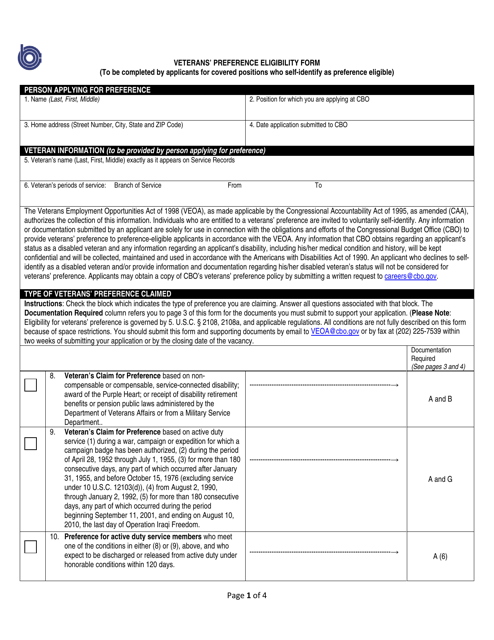 Veterans' Preference Eligibility Form is a 4-page legal document that was released by the Congressional Budget Office and used nation-wide. 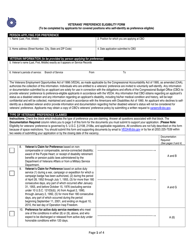 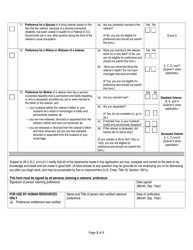 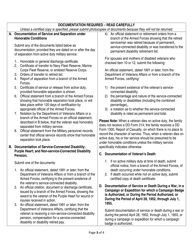 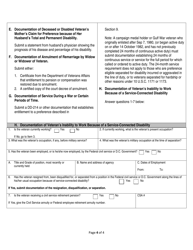