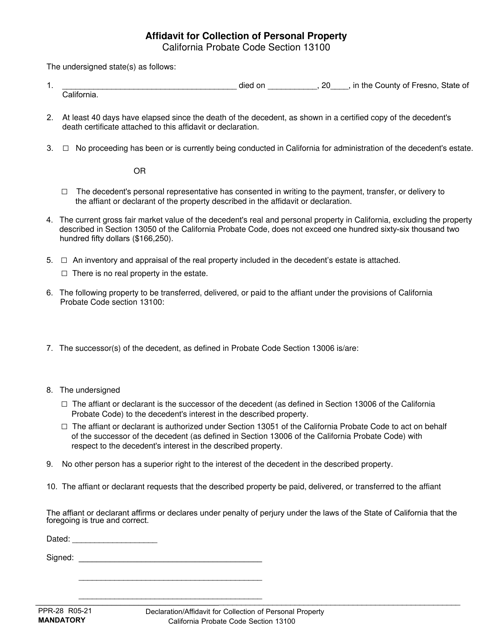 This is a legal form that was released by the Superior Court - County of Fresno, California - a government authority operating within California. The form may be used strictly within County of Fresno. As of today, no separate filing guidelines for the form are provided by the issuing department.

Download a fillable version of Form PPR-28 by clicking the link below or browse more documents and templates provided by the Superior Court - County of Fresno, California. 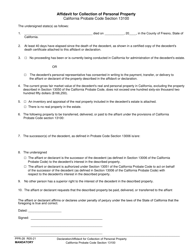 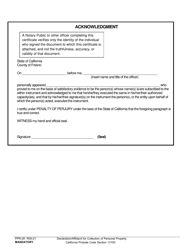