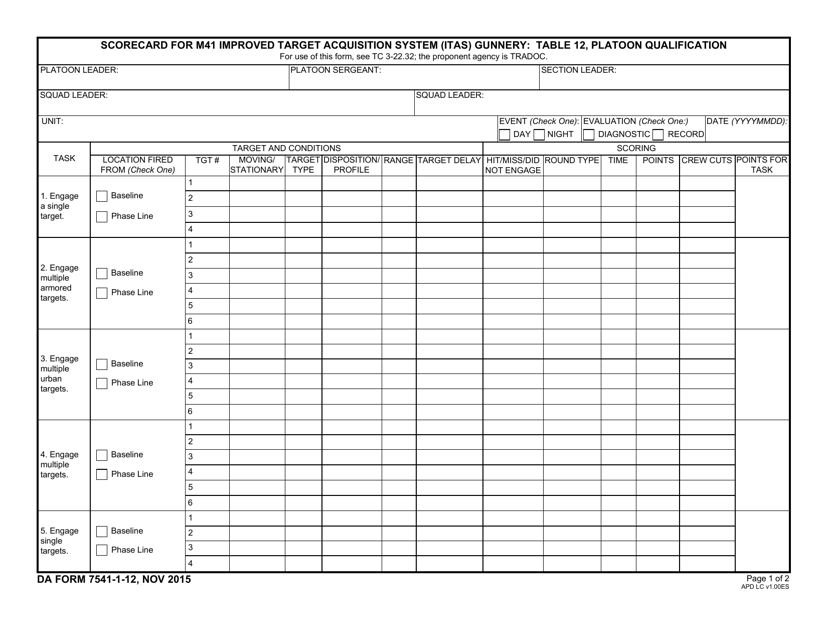 This is a military form that was released by the U.S. Department of the Army (DA) on November 1, 2015. The form, often mistakenly referred to as the DD Form 7541-1-12, is a military form used by and within the U.S. Army. As of today, no separate instructions for the form are provided by the DA.

Download an up-to-date fillable DA Form 7541-1-12 down below in PDF format or browse hundreds of other DA Forms stored in our online database. 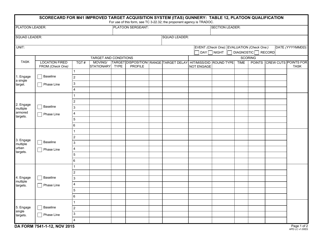 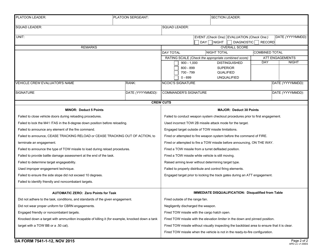