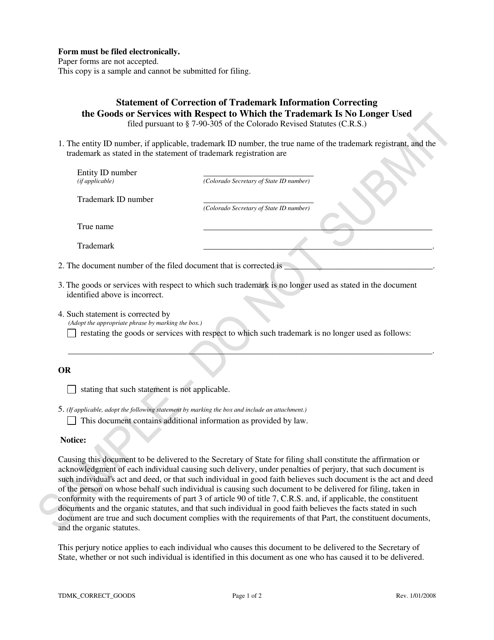 Statement of Correction of Trademark Information Correcting the Goods or Services With Respect to Which the Trademark Is No Longer Used - Sample is a legal document that was released by the Colorado Secretary of State - a government authority operating within Colorado. 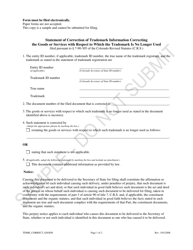 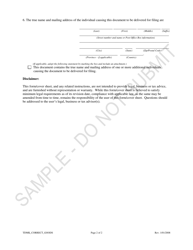