"Sexual Violence - Facts at a Glance"

Sexual Violence - Facts at a Glance is a 2-page legal document that was released by the U.S. Department of Health and Human Services - Centers for Disease Control and Prevention and used nation-wide. 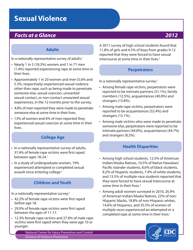 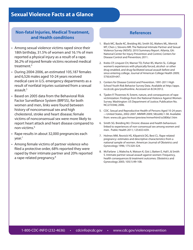