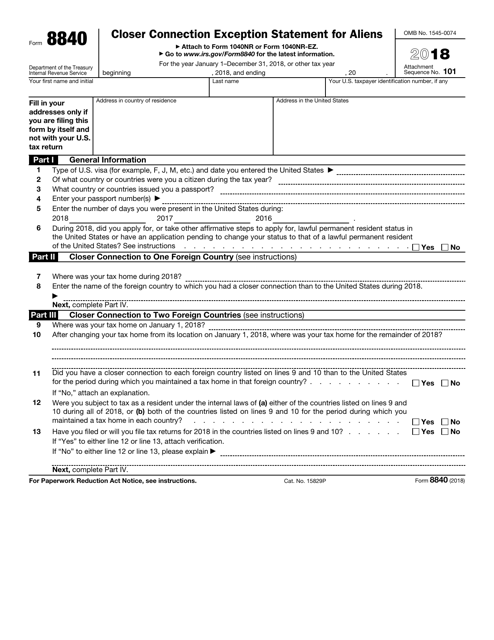 IRS Form 8840, Closer Connection Exception Statement for Aliens, is an application issued by the Internal Revenue Service (IRS) especially for alien individuals who use it to claim the closer connection to a foreign country exception to the substantial presence test. The document was revised in 2019 and is supposed to be used for 2019 or a future tax year.

The purpose of the form is to oblige applicants who fulfill the closer connection exception to the substantial presence test, to file Form 8840 with the IRS to establish their claim that they are a nonresident of the U.S. by reason of the exception.

An IRS Form 8840 fillable version is available for download below.

The 8840 Tax Form is accompanied by IRS instructions, which consist of two parts: general instructions and specific instructions.

Specific instructions include explanations on how to fill out each part of the form. The form is comprised of four parts. Each part contains statements, where an applicant designates different types of data, depending on which part of the form they are filling out:

In this part of the form a filer must enter their type of U.S. visa, passport number, country of issuing the passport, etc.

Here an applicant reports information connected to their tax home, and the name of the country to which they had a closer connection than to the U.S. during 2019.

This part is only supposed to be filled in if an applicant didn't fill in Part II. According to IRS Instructions, if an applicant is reporting a closer connection to two countries, they complete Part III.

When an individual submits the form by itself, they mail it to the Department of the Treasury, Internal Revenue Service Center, Austin, TX 73301-0215. 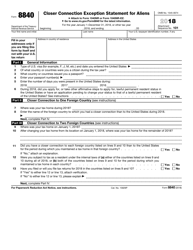 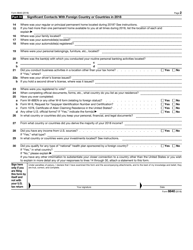 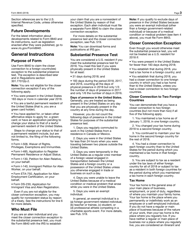 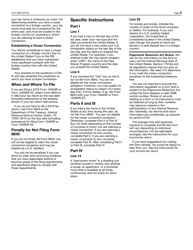