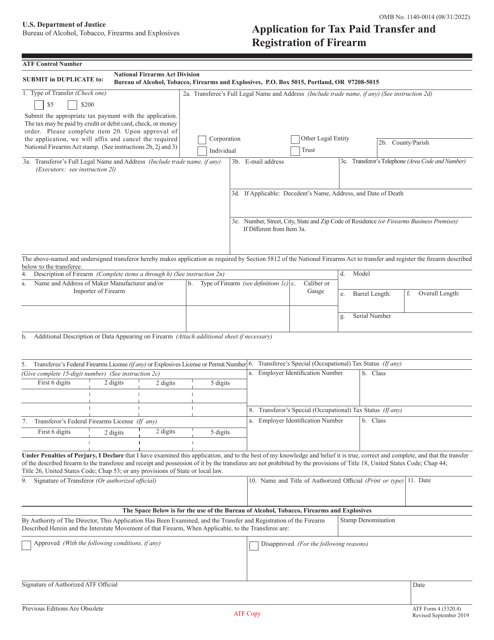 ATF Form 4, Application for Tax Paid Transfer and Registration of Firearm - also known as the ATF E-Form 4 or the ATF Form 5320.4 - is a document used to request approval of a tax-paid transfer of a serviceable firearm from one owner to another. The form is mandatory. The Bureau of Alcohol, Tobacco, Firearms, and Explosives (ATF) uses the provided information to identify the transferred firearm, both parties of transfer, and to ensure the transfer complies with Federal, State, and local laws.

The form was last revised by the ATF on September 1, 2019. Download the latest fillable ATF Form 4 through the link below.

The ATF recognizes ATF Form 3 and ATF Form 4 as the main firearm transfer forms. ATF Form 3 is used to transfer firearms from one Special Occupational Taxpayer (SOT) to another. The transfer documented via this form does not require paying a transfer tax. ATF Form 4 is used when any party of the transfer process is an individual even if the other one is a SOT and requires paying a transfer tax. You can also complete this form to document a person-to-person transfer.

How to Fill out Application for Tax Paid Transfer and Registration of Firearm?

Complete the ATF Form 4 as follows:

Where to Mail ATF Form 4?

Complete the application for tax paid transfer and registration of firearms in three copies. Submit the ATF Copy and the ATF Copy 2 to the NFA Division. The ATF Form 4 mailing address is provided on the front of the form. Provide the third chief law enforcement officer (CLEO) copy to the officer that has jurisdiction over the area that includes transferee's address indicated in Item 2A. The CLEO can be the sheriff, state or local district attorney, prosecutor, chief of police, or head of the state police.

How Do I Check the Status of My ATF Form 4?

The current wait time is around 4 to 8 months. To stay updated, check your ATF Form 4 status by calling the NFA Division at (304) 616-4500. You can also inquire about the form status via email. The email address for all inquiries is provided on the document. 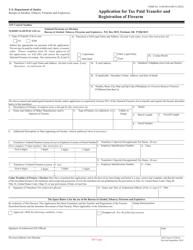 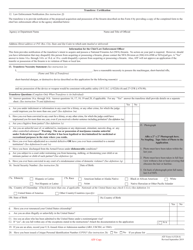 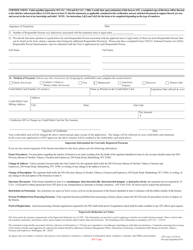 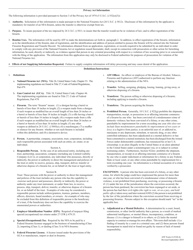 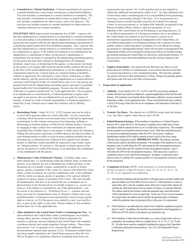 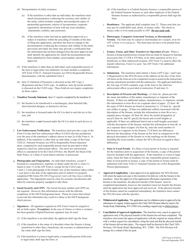 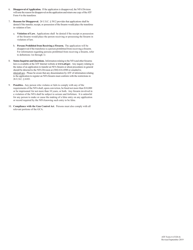 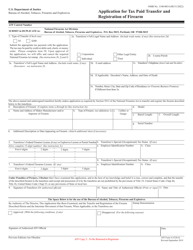 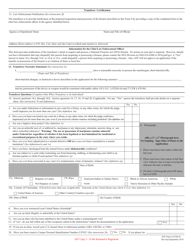 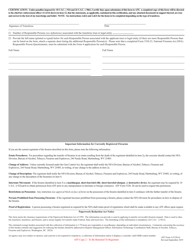 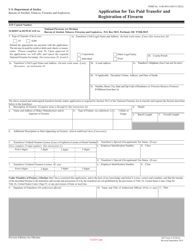 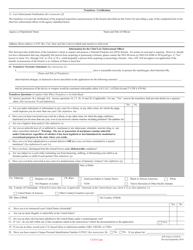 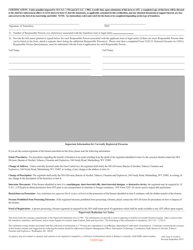