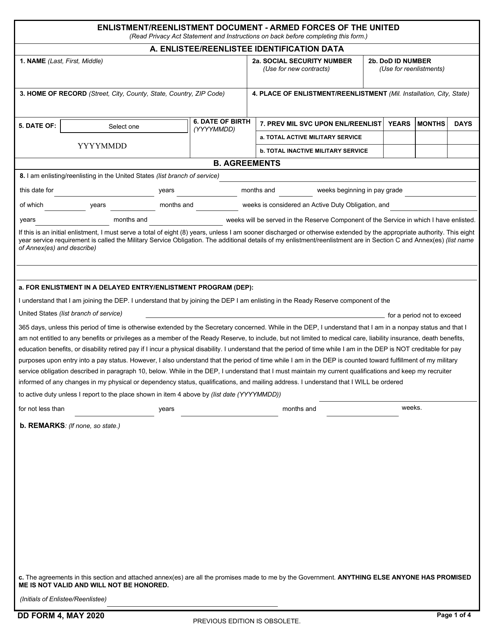 DD Form 4, Enlistment/Reenlistment Document is a form used to record enlistment or reenlistment into the U.S. Armed Forces. The latest edition of the form was released on May 1, 2020 - all previous editions of this form are obsolete. The document is issued by the Department of Defense (DoD) and is an official collective name for forms DD 4/1, DD 4/2 and DD 4/3. None of the three forms may be distributed separately.

If you want to become part of the U.S. Army, this form is an essential part of the enlistment process. The DD 4 is also utilized in cases of a break in service and reenlistment. We strongly recommend reviewing the enlistment contract first before meeting any recruiter.

The complete and fillable version of the form - often incorrectly referred to as the DA Form 4 - is available for download below.

How to Submit Annex K to DD Form 4?

Does a Signing Bonus Need to Be in the DD Form 4?

The latest edition of the form does not list signing bonuses anymore. All bonuses and incentives are listed in the DA Form 3286 and DD Form 1966. 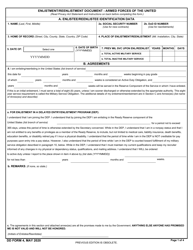 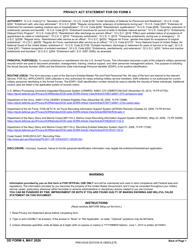 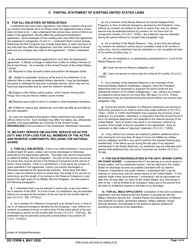 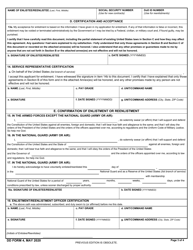 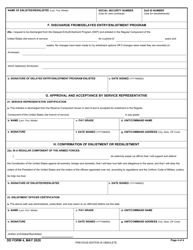