IRS Forms 944 are two tax forms distributed by the Internal Revenue Service (IRS) and used by the smallest employers to report income, Medicare, and social security taxes withheld from their employees' paychecks and pay their share of taxes. The Smallest Employer by the IRS definition is any employer that accumulated a yearly tax liability of no more than $1,000.

The Federal Employment Tax Returns are similar to the IRS 941 Forms. These are used for the same purpose but are filed four times a year at the end of each quarter and used by employers that accumulated a tax liability of more than $1,000. The IRS annually notifies the employers regarding the form they should file this year.

The IRS will consider the form as filed on time if the envelope with the form is postmarked by the U.S. Postal service or sent by an IRS-designated private delivery service (PDS) on or before the due date. The mailing address for both forms depends on the location the business is at and the type of the organization. 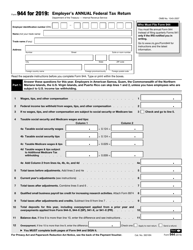 You may have heard of this form as being called the Employer's Annual Federal Tax Return. Download this document if you are the smallest employer to report Medicare, Social security and income taxes withheld from your paycheck and pay your share of Medicare and Social Security taxes. 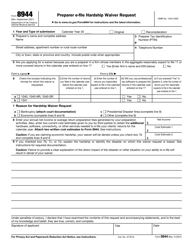 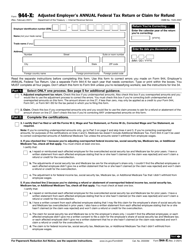 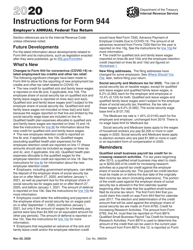 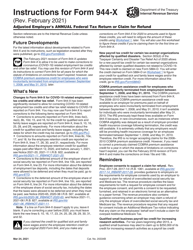 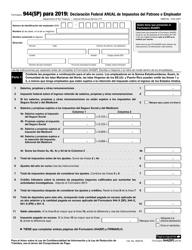 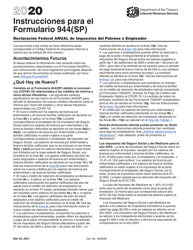 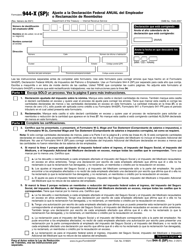 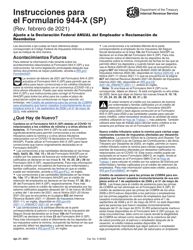