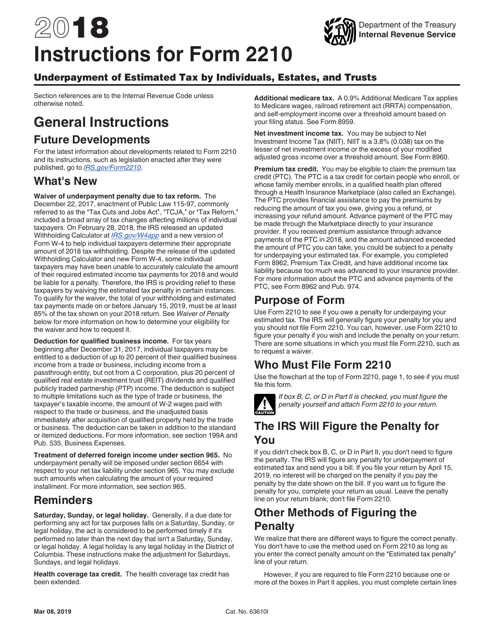 Instructions for IRS Form 2210 "Underpayment of Estimated Tax by Individuals, Estates, and Trusts"

January 1, 2018 "Instructions For Irs Form 2210 - Underpayment Of Estimated Tax By Individuals, Estates, And Trusts" contain the latest filing requirements for the IRS-issued Form 2210. Download your copy of the instructions by clicking the link below. 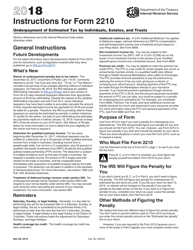 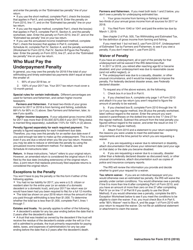 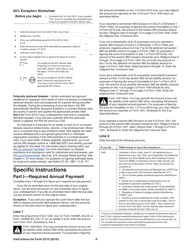 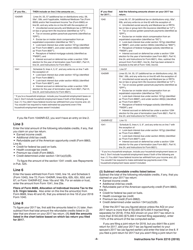 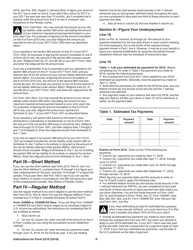 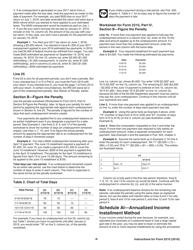 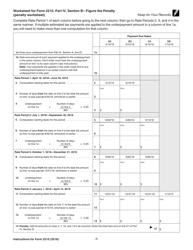 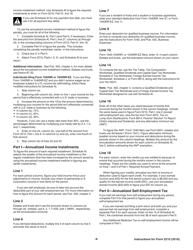 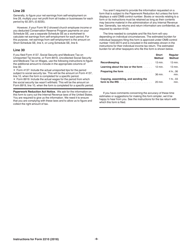 Do I Need to File a Tax Return in 2020?Student Loan Interest Deduction: A 2020 GuideSending Kids to School: Tax Breaks for Parents Paying for CollegeWhat Are Tax Credits? A Guide to Maximizing Your Tax Return Can Foreigners Buy Property in the USA?How to Buy Land in the USA?10 Tips for Buying Land for Commercial Use in the United StatesHow to Buy Land and Build a House