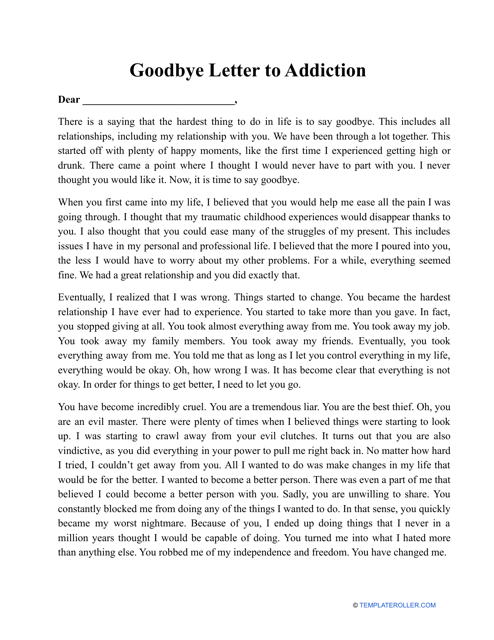 A Goodbye Letter to Addiction is an informal note prepared by an individual who needs closure after deciding to cut ties with the addiction - alcohol, drugs, gambling, etc.

Writing a Goodbye Letter to Your Addiction can be the necessary step you take towards a new, healthy life - you will find peace within your own soul. Put your thoughts in writing to be able to reread them and analyze the issue later - additionally, you can update the letter or write a new one every time you celebrate a milestone whether you have been addiction-free for a month, a year, or ten years. You can download a Goodbye Letter to Addiction template through the link below.

How to Say a Goodbye Letter to Addiction?

Here is how you may compose a letter to bid farewell to your harmful habits:

Still looking for a particular template? Take a look at the related templates and samples below: 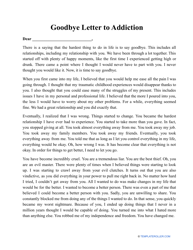 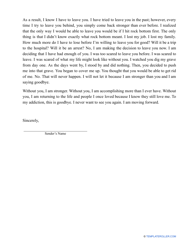