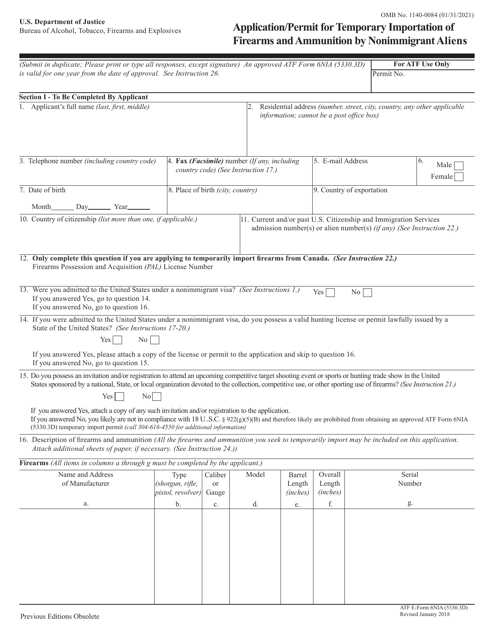 What Is ATF Form 6NIA?

ATF Form 6NIA, Application/Permit for Temporary Importation of Firearms and Ammunition by Nonimmigrant Aliens - also known as the ATF E-Form 6 NIA or the ATF Form 5330.3D - is used by nonimmigrant aliens to request permission to import firearms and ammunition into the United States. The Bureau of Alcohol, Tobacco, Firearms, and Explosives (ATF) uses the information provided via this form to determine if the firearms and ammunition listed qualify for temporary importation and whether a specific nonimmigrant alien is allowed to obtain a permit.

The latest version of the form was issued by the ATF in January 2018. Find and download the ATF Form 6NIA fillable version below. 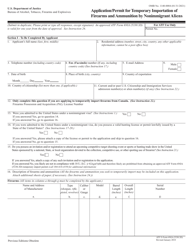 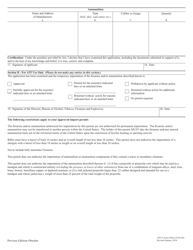 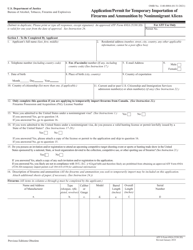 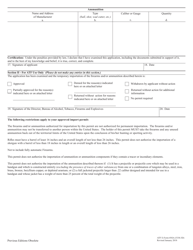 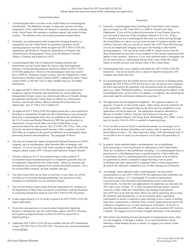 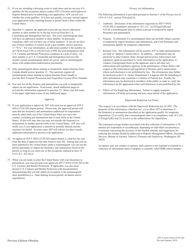 When to Fill out ATF Form 6NIA?

Fill out the ATF Form 6NIA to request permission to bring firearms and ammunition into the United States for legitimate hunting or sporting purposes. Do not submit this document if you can prove that the firearm or ammunition you are importing was previously taken out of the United States. Besides, you are not allowed to import certain categories of weapons, like short-barreled shotguns and rifles, machineguns, silencers, and firearms of the U.S. government origin. If you are not sure that the articles you wish to bring into the United States are eligible for import, contact the ATF's Firearms and Explosives Imports Branch for clarification.

How to Fill out ATF Form 6NIA?

Fill out and submit the ATF Form 6NIA in duplicate. Type or print legibly. You are required to complete Section I only. Sign both copies of the form in ink. Fill out the document as follows:

Submit the completed form via mail, e-mail, or fax. The appropriate addresses and numbers are provided in the instructions attached to the form. The application is usually processed within 8 to 10 weeks.

How to Update Information on ATF Form 6NIA?

You are not allowed to make any alterations on the approved ATF Form 6NIA. To update the information you have provided (e.g., to add firearms or ammunition at a later date), submit another form.