ATF Form 6 (5330.3A) Part 1 "Application and Permit for Importation of Firearms, Ammunition and Defense Articles" 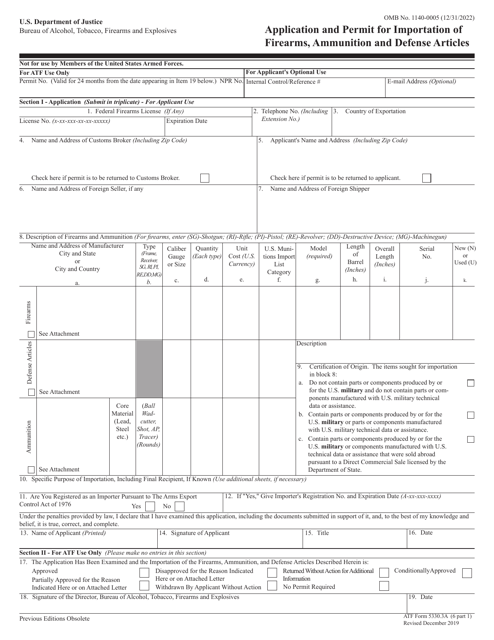 ATF Form 6-Part 1, Application and Permit for Importation of Firearms, Ammunition, and Implements of War (ATF Form 5330.3A) is used to provide the Bureau of Alcohol, Tobacco, Firearms, and Explosives (ATF) with the information necessary to determine if a specific importer is qualified for the importation of articles listed on the form. This document also serves as an authorization for the importer.

The application has three related forms:

Fill out the form to request a permit to import ammunition, firearms, and defense articles into the United States. Use it for every importation except for those described in 27 CFR Parts 447, 478, and 479. The importing on the form is allowed to the following individuals and entities:

The ATF Form 6 Part 1 instructions are provided at the end of the form. Read them carefully, detach, and keep for future references. Fill out the document in three copies. All the entries must be typewritten or in ink. Complete the document as follows:

How to Update Information on ATF Form 6 Part 1?

Carefully double-check all the information before submission. When the application is approved, you will not be able to make any amendments or alterations.

Download ATF Form 6 (5330.3A) Part 1 "Application and Permit for Importation of Firearms, Ammunition and Defense Articles" 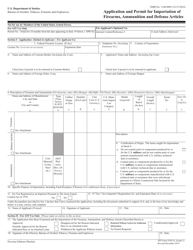 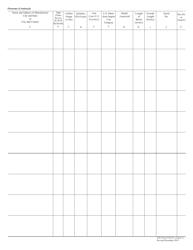 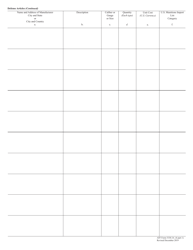 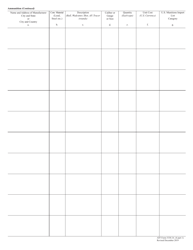 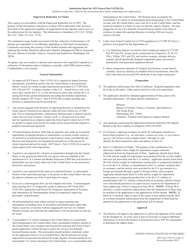 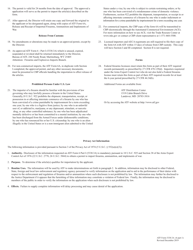