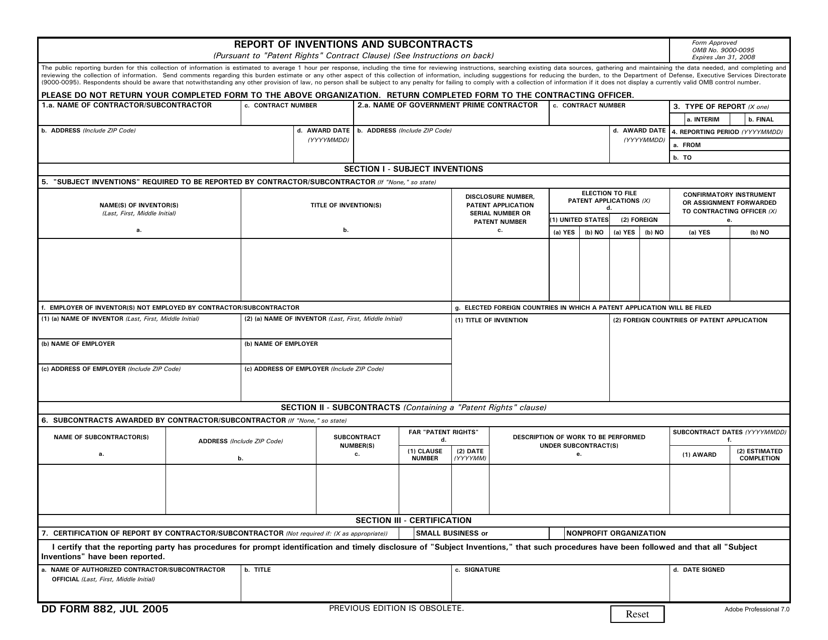 The latest release of the form - sometimes incorrectly referred to as the DA Form 882 - was issued by the Department of Defense (DoD) in July 2005 with all previous editions obsolete.

Interim reports must be given at least every 12 months from the first day the contract was won. Final reports are submitted within six months for small business and domestic non-profit companies and within three months for other organizations.

The most recent DD Form 882 fillable version is available for digital filing and download below or can be found through the Executive Services Directorate website.

The three-part form is made has a set of filing guidelines provided on the second page. DD Form 882 instructions are as follows. 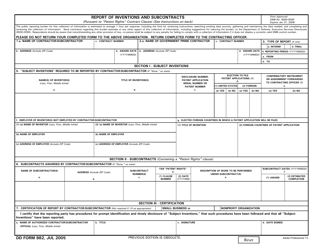 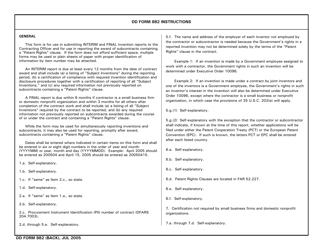