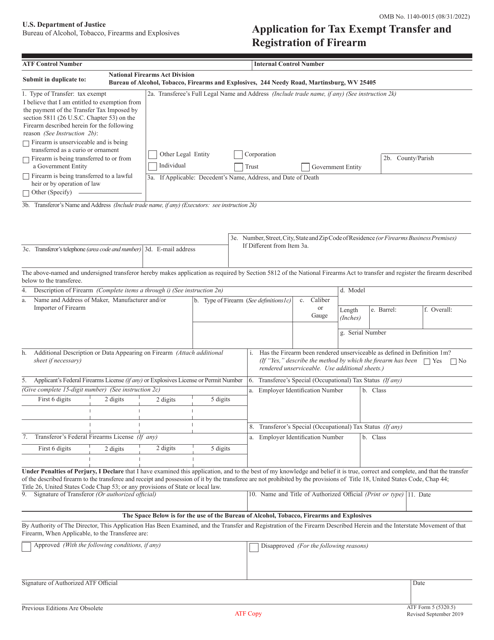 ATF Form 5, Application for Tax Exempt Transfer and Registration of Firearm - also known as the ATF Form 5320.5 or the ATF E-Form 5 - is a form you fill out to request a tax-free transfer of a firearm. The information provided on this form is used by the Bureau of Alcohol, Tobacco, Firearms, and Explosives (ATF) to verify that the proposed transfer can be exempted from tax and complies with federal, state, and local law.

The latest version of the form was issued by the ATF on September 1, 2019. Download the fillable ATF Form 5 by clicking the link below.

An ATF Form 5320.5 applicant can be a company, trust, individual, or licensed dealer. This form is applicable for the tax-exempt firearm transfer in several cases:

The ATF distributes the form with a set of attached guidelines. These guidelines contain the definitions of all terms you need to understand in order to complete the form properly, including the term "Unserviceable Firearm". They also provide an explanation of the cases when a person may be considered as ineligible to possess or ship a firearm. Additional step-by-step filing instructions are provided below.

How to Update Trust Name on ATF Form 5?

Pay attention when entering a gun trust name on the form, since it cannot be changed. A firearm is registered to the trust in the National Firearms Registration and Transfer Record by name. Therefore, if you need to change the name of the gun trust, you will need to find a new trust with the name you want first. After that, you can transfer the firearms to that trust.

How to Fill out ATF Form 5?

Where to Mail ATF Form 5?

The main recipient of the form is the National Firearms Act (NFA) Branch. The ATF Copy and the ATF Copy 2 should be mailed to this branch at the address provided on the face of the form. The third copy (the CLEO copy of the form) must be submitted to the local chief of police, head of the state police, sheriff, state or local district attorney, or prosecutor.

The wait time is around one month. If you want any updates regarding the status of your application, contact the NFA Branch at (304) 616-4500. 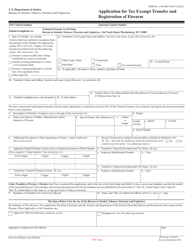 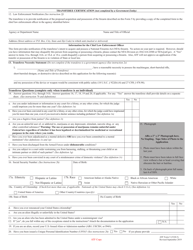 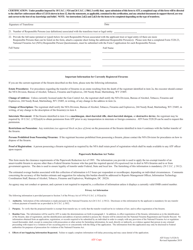 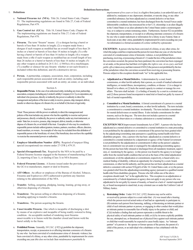 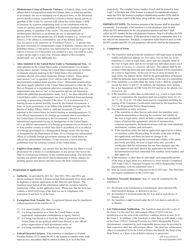 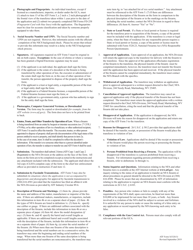 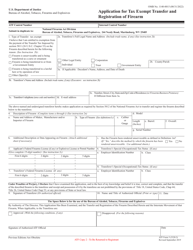 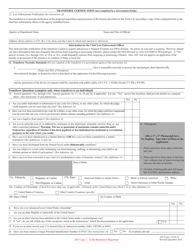 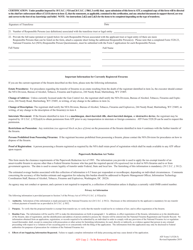 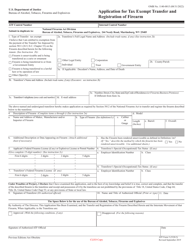 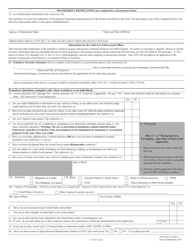 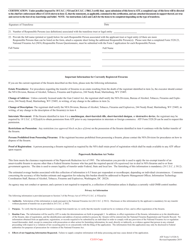