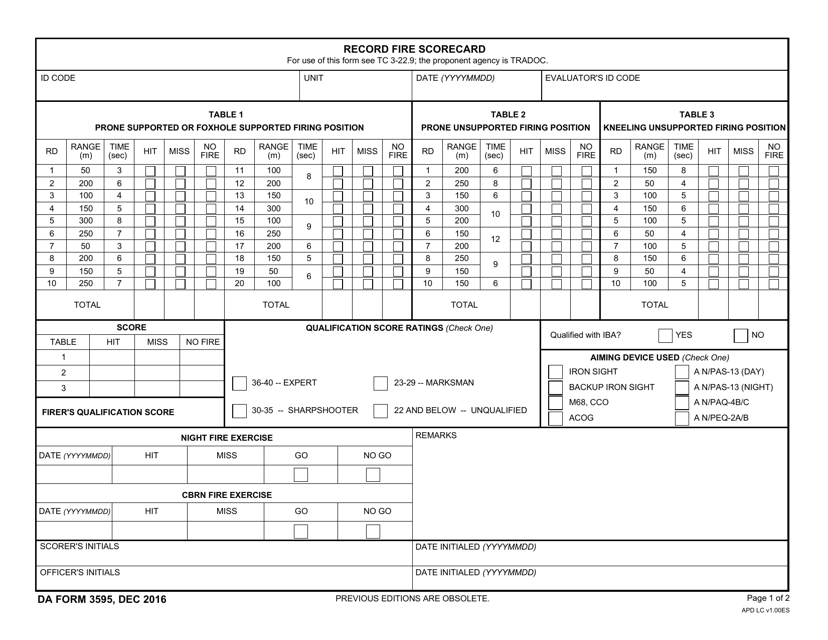 DA Form 3595, Record Fire Scorecard, is a form used for keeping a record of a soldier's shooting skills. This document is used to ensure that all members of the Armed Forces are properly trained in firing guns.

The latest version of the form - sometimes incorrectly referred to as DD Form 3595 or DA Form 3595-R - was released by the U.S. Department of the Army (DA) on December 1, 2016, with all previous editions obsolete. An up-to-date DA Form 3595 fillable version is available for download and digital filing below or can be found through the Army Publications Directorate website.

The Weapons Card DA Form 3595 allows the tester to record scores with different firing positions and ranges. It also allows for documenting the soldier's performance in different scenarios. The final score is tallied to assign a rank to the firer being examined.

After the end of the course, both the soldier and the scorer should sign the form in the corresponding boxes at the bottom of the DA 3595.

The Record Fire Scorecard is regulated by the Army-issued publication TC 3-22.9, Rifle and Carbine. The main purpose of record fire is to confirm the effectiveness of a training program and the individual proficiency of a specific soldier.

Though the rating of the soldier is based on the number of targeted hits, practice record fire is considered an important training exercise in and of itself. When participating in the exercise, the soldier, in addition to standard Personal Protective Equipment (PPE) must wear a helmet and Interceptor Body Armor (IBA) with all Small Arms Protective Insert (SAPI) plates. They will receive 40 rounds and 40 single or multiple targets at distances from 50 to 300 meters.

The DA 3595 is easy to complete, as it is self-explanatory in most cases. The course is divided into three exercises, the scores for which are recorded in the corresponding tables:

The process of evaluating the soldier's performance is as follows:

Not what you were looking for? Check out these related forms: 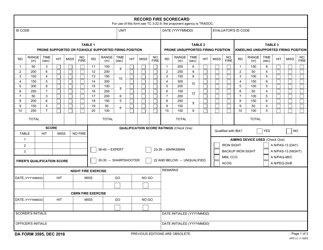 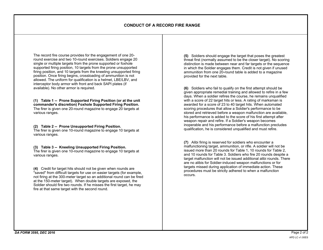