The Army Officer Evaluation Reporting (OER) System was introduced as a way of identifying and rewarding talent in skilled and promising officers within the United States Army. The rating chain consists of the rated officer and several raters tasked with assessing the officer’s performance. The rating is conducted via three DA 67-9 Forms supplied by the U.S. Department of the Army (DA).

Fillable versions of the DA 67-9 Forms are available for download below. The series consists of three forms in total: 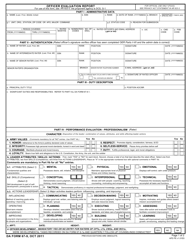 This form was first adopted in 1997 for officer evaluation. It is still used to rate officers' competence, physical and mental condition, leadership abilities and their potential for promotion. 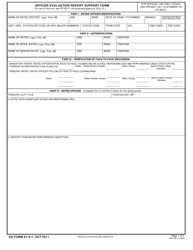 Use this document along with the DA Form 67-9, Officer Evaluation Report, during the process of officer evaluation. 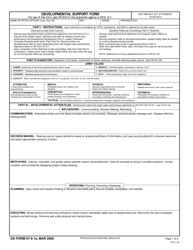 This form is an optional part of the process of preparing an Officer Evaluation Report (OER).