What Is a Farewell Letter?

A Farewell Letter is a document that can be used when an individual wants to express goodwill when saying farewell. The purpose of the letter is to thank people that you are separating from and to let them know how to reach you if they wish to do so in the future. Looking for a printable Farewell Letter template? Download one through the links below.

A Goodbye Letter is an easy way to show people appreciation and provide contact details in case they would like to get in touch. With this letter, the individual can express the respect they have for their former business partners, coworkers, or other people they are parting from, and thank them for everything they have done for the individual.

A Farewell Letter can be used in various situations. The most commonly used types include the following:

How to Write a Goodbye Letter?

The content of the letter will depend on the situation it will be used, however, a goodbye letter template can contain several parts, which include the following: 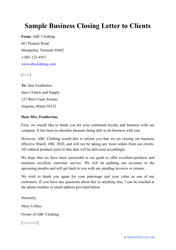 A business owner may prepare a letter such as this to notify their clients about the dissolution or termination of their business. 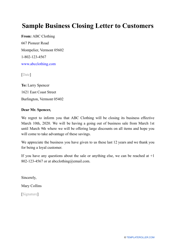 A business owner may prepare and mail this type of letter to their customers in order to inform them about the closure of the company. 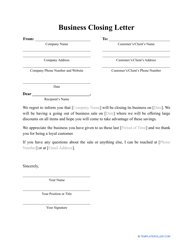 A Business Closing Letter is a document that informs customers, clients, and other entities that a company is about to close. 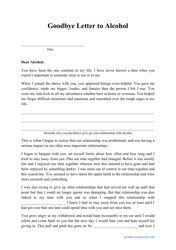 This Goodbye Letter is from an alcoholic to alcohol itself and explains why alcohol is no longer welcome in their life and what they are doing about it. 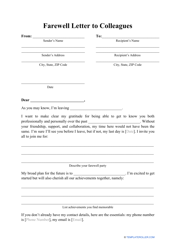 When you're leaving your current job for another opportunity and after you've given formal notice, you may want to send a Farewell Letter to your colleagues. 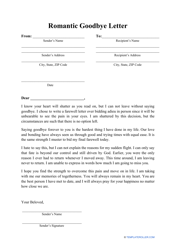 This Romantic Farewell Letter is written for your partner as means of a final farewell.