The AF ePubs catalog is organized by form number and title. Most forms are available for online filing with the free Adobe Acrobat Reader browser application and software. Read all associated instructions for filing guidelines and specific rules on usage, mailing, and availability. Printable and fillable PDF-versions of up-to-date AF Forms and pubs are available for download through the link below.

The United States Air Force is the country's aerial and space warfare service branch with the primary mission to fly and fight in the air, space, and cyberspace. As of today the department overlooks 6 constellations and over 170 functioning satellites in space and has a total force strength of up to 650 thousand employees and more than 6000 aircraft. The agency is the issuing body for all paperwork used by its servicemembers and employees for both administrative and military-related purposes. An Air Force form is any publication initiated and used by the department and available for download to its employees or the general public.

The Air National Guard is a separate reserve component within the United States Air Force.

Air Force decorations, performance reports, and awards are a vital tool in recognizing the achievements of the individual airmen and fostering the environment for promotion. All three are used for encouraging the outstanding performance of officers, NCOs, airmen, and civilians and reward individuals for their initiatives and jobs well done. All awards and medals also do good for the overall troop morale and increase the public support and recognition of the Air Force Members with the general public.= 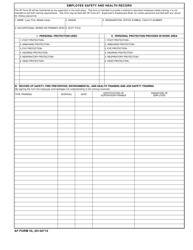 This is an Air Force legal document used in work centers to document the safety and health training of each employee. 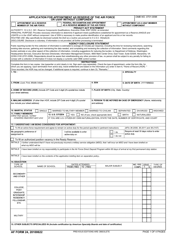 This document is used to determine the applicant's qualifications for the appointment as an Army Reserve or in the Air Force without specifying their service in a component. 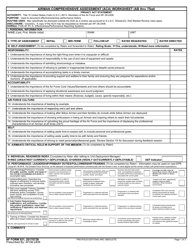 This form is used by the airman's supervisor to document effectiveness and deployment readiness of their subordinates. 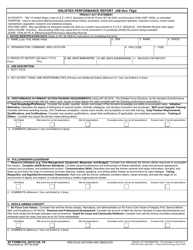 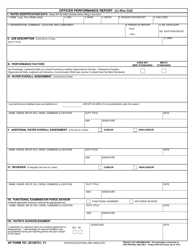 This form is used to document potential and performance or service members. It is also used for other performance- and promotion management decisions. 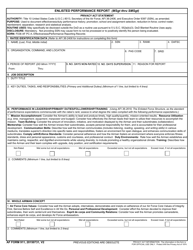 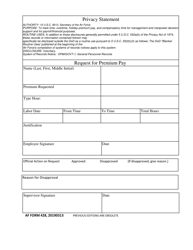 Use this document to track time, overtime, payroll, holiday compensations, and other similar decision support situations. 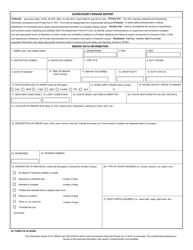 This document is used by safety professionals and helps them to identify service members and their data in order to complete mishap reports. 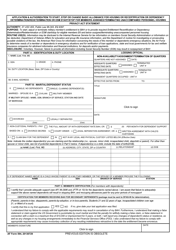 This form is used by Individual Reservists (IR) for certifying or recertifying their Basic Allowance for Housing (BAH). 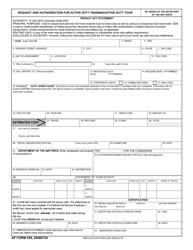 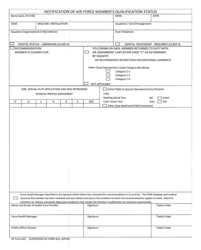 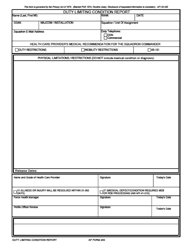 Use this form for describing physical limitations and recommended duty or mobility restrictions of service members. 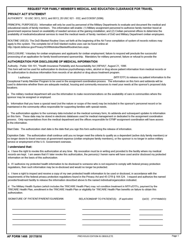 This statement is used by personnel of the Military Departments to identify and report medical and educational needs of family members. 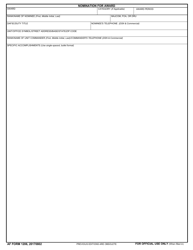 Download this form to nominate civilians or airmen for awards. It records justification for quarterly and annual awards at all levels of organization from Flight to Headquarters Air Force. 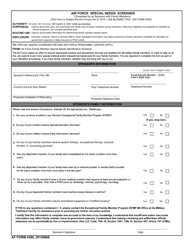 This form is completed in order to find out if any special medical and/or educational needs exist for your family members. 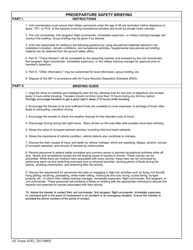 This document is used to identify mitigating strategies and assess risk when planning for a trip.

This document is used by Ground Transportation Support Operators. It serves to conduct all kinds of inspections on vehicles and take corrective action when needed. 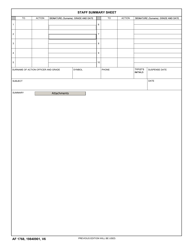 This is a legal form used for introducing and summarizing the Air Force (AF) issues for various projects. 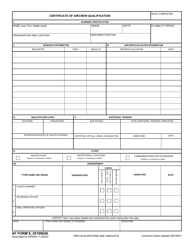 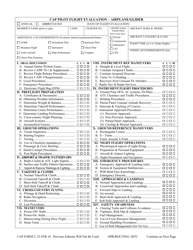 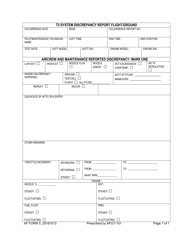 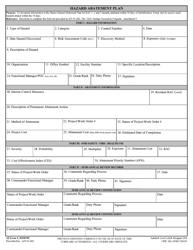